Pros and Cons of Living in Chiang Mai 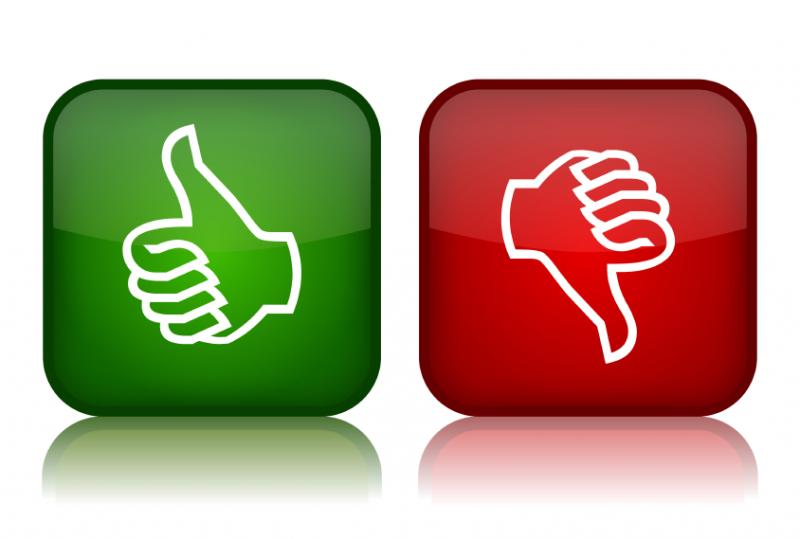 As a tourist, you can enjoy lots of activities and sights when you visit Chiang Mai in the northern part of Thailand. You can visit any of the 300 Buddhist temples, sample the local delicacies, and even ride on an elephant. But it’s not quite the same if you’re living in Chiang Mai on a more permanent basis.

Living in Chiang Mai means finding a place to live and dealing with issues about food, transportation, and safety. With all things considered, actually living here is actually a fantastic option regardless of your age. Whether you’re a young adult eager to sample the next day’s adventures or a retiree trying to enjoy the more relaxed vibe, Chiang Mai is a great place to be.

I have met a lot of people while I have been living here that travel the world and many of those experienced travelers rate Chiang Mai as one of the best cities in the world. It’s a bold statement but most of them truly believe it as many of them return year after year and spend on average about 4 months a year here.

Here are some reasons why Living in Chiang Mai is great!

You won’t get bored. Who says you can’t enjoy all the tourist spots just because you live here? At the same time, the longer you live here you can find other spots that tourists don’t know about. Here, your days can be filled with endless adventures, though you can also relax in one of the numerous spas and retreats in the city.

You can find a cheap place to live here. In fact, you can make a case here that you can live reasonably with just a budget of about $1,500 a month. In some hotels you can negotiate with the hotel owner so you can stay long term for just 700 baht a night. With current exchange rates of 3 US cents for 1 Thai baht, that’s $21 a night or $630 a month. That’s actually quite expensive accommodations you can get, as some apartments can go for less than $100 a month, that’s if your willing to live on the outskirts of the city. With some full service hotels, you only need to spend about $600 a month.

The food is great. Chiang Mai is like any other city, you can find lots of restaurants that cater to different cuisines. That’s because expats of all nationalities have decided to relocate here and many of them have opened up restaurants. But you really should try the local street food and local fare like Khao Soi. A meal here can cost you just $1, and it’s very rare to spend more than $10 per person in an average restaurant. In fact, while local produce here is cheap you may find that it’s actually cheaper to just go to a restaurant to eat. Personally I like to mix with the locals and eat from a vast variety of street stalls that can be found all over the city.

The medical service is first rate. Thailand is actually a prime destination for medical vacations, and Chiang Mai has excellent hospitals and well-trained healthcare providers. Yet here again the going price is so much cheaper, as you can get a reasonably priced medical checkup and a hospital private ward costs only about $60 a day. You can also get premium insurance at good prices if you shop around! However, there also down sides you need to consider which I will list in the cons below.

The people are friendly. They also don’t try to rip you off at every opportunity, unlike some other places in Asia where they primarily see foreigners as their own ATMs. Here they just like to help you out and they tend to smile a lot too. Consequently, you may find yourself losing your grouchiness as well.

The weather is fantastic. That’s especially true from November to February, when you get temperatures of about 86 degrees F. It can get hot in March and April when the summer temperatures can get to 96 degrees F, but then again in Chiang Mai the mountainous location means that it’s still cooler here than most other places in Thailand. During the rainy season, the rains only last for an hour or so, but they do result in spectacular scenery.

It’s very safe. Crime, especially against foreigners, is very rare. It’s so safe here that a lone woman can walk in the city at the small hours of the night and not be afraid, however, I don’t recommend you do that! It is part of the local culture here that regards crimes as sins, so crime doesn’t really occur all the time. Besides, there’s even a special Tourist Police division here that specializes in helping out Westerners. They’re very quick to respond too, and they’ll really help you out in the off chance you need it.

There no sex tourism vibe here. This isn’t Bangkok, so you don’t really have to encounter such things. It’s a more conservative place.

You can just relax here. In fact, “Just Relax” seems to be the unofficial motto of Chiang Mai. With foot massages lasting an hour and costing 200 Baht, stress isn’t something you have to endure at all.

Night Markets – The most famous one being Night Plaza close to the ping river. Two other popular ones known locally as Saturday and Sunday Night Walking Street markets when the roads are closed to allow people to walk freely around the market stalls. Saturday one is situated around Wualai Road and the Sunday one is situated around Thapae Gate, both appear to get bigger week by week creating massive pedestrian zones around the areas.

Big expat communities consisting of old and young, the older generation falling into the retiree’s category. However, a mixture of old and young fall into the Digital Nomads and Vegetarians category. There is a diverse list of people in the City you just have to search online for Facebook groups online to see what I mean.

Daylight – 12 hours of daylight is the norm here, and the seasons are split into cool, hot and wet. This year 2017 has seen a lot of rain from June to September, but the last three years was very dry during those months. Oct to Jan is cooler and Feb – May is very hot.

Airport – Have listed this as a plus and know some would say it’s a minus due to noise and pollution.

Countryside – I like hiking so am spoilt for choice, although you have to remember this is the tropics and not a countryside walk in England. So you need to have the correct walking gear and loads of water!

Roadways – Although some may disagree, the roads in my opinion are very good especially the motorways connecting the cities. The drivers on the other hand are not so good and I will list that in the cons below.

Gardening – To be more specific the cost of plants. They are very cheap compared to the western world basically because everything grows so well here. If you have your own garden you can create an amazing place to chill out and relax. Surrounded by a multitude of colour.

Shopping Malls – Apart from the markets there are a few Shopping Malls. The best three in my mind are: Central Plaza Chiangmai Airport, Central Festival and MAYA Shopping center.

Here are some reasons why Living in Chiang Mai isn’t so great!

What about the drawbacks? Sure there are some disadvantages here. You may miss your old friends and family back home, but then again this is true for any place that’s not your hometown. Specifically though, there are still a few disadvantages that’s specific to Chiang Mai. I won’t hold any punches as I want to paint an accurate picture and will try to do that from a western person’s point of view.

Pollution – Traffic here continues to grow and hence pollution levels are also on the rise, this subject gets aired on the internet a lot especially when the burning season commences (traditional slash and burn agricultural clearing process). Many of the full time expat residents will leave Chiang Mai mid-February and return in May to escape the burning season.

Language – the level of English here is OK but you may disagree if you have lived in other places like Malaysia, Vietnam, Indonesia and Philippines. Then again this may give you the incentive to learn Thai!

Driving a motorcycle – Not really a con so why have I listed it? If you’re a proficient motorcyclist then OK. However, I have seen so many casualties in the hospitals, mostly caused by inexperienced drivers. If you haven’t got any real experience along with a real motorcycle license then give it some serious thought before hiring one!

Lethal roads –  Thailand’s roads are currently ranked the second most lethal in the world after Libya’s by the World Health Organisation.

Expensive western foods – If you’re a wine and cheese fan then be prepared to pay extraordinary high prices.

Import Tax – Goes hand in hand with 6 above it can cost you double when your buy goods from online stores like Amazon so do your homework.

Long Drawn out Visa and extension to stay process – The process for obtaining Visas and extensions to stay can be very time consuming and expensive compared to neighboring countries.

Expensive Hospitalised Bills. Retiring in Thailand and without health Insurance isn’t advisable especially if you are hospitalised as you will run up a big bill! This can be further exacerbated if you are trying to exist on minimal savings and a homeland state pension.

Dual pricing – For example: Water Parks in Chiang Mai. Day passes can be two thirds more for foreign tourists then locals. Never really got my head around that one, and I know foreigners get really upset about that and some even say they won’t come back here because of it.

Best to Rent – If you’re not a Thai, you can’t own local property though you can enter a 60-year lease. To make it easier on yourself, I would suggest that foreigners rent.

Tourist Trap – Being extremely popular the city has become a bit of a tourist trap so it might not suit those that want to escape that Touristy feel, but then again you can easily escape that by going for a walk into the mountains.

Zebra Crossings – it’s another one related to roadways. This is primarily a warning if you haven’t been to Thailand before. Simply put cars have priority over pedestrians on Zebra crossings, drivers just don’t stop!

The good stuff does appear to outweigh the bad here in Chiang Mai, especially if you consolidate the road related cons into one. Finally, and I know I have said this many times before but it’s so important to ensure that you are financially sound to ensure you can afford those unexpected expenses that cost more here than they would back in your home country.